SU2 is a suite of open-source software tools written in C++ for the numerical solution of partial differential equations (PDE) and performing PDE constrained optimization. The primary applications are computational fluid dynamics and aerodynamic shape optimization but has been extended to treat more general equations such as electrodynamics and chemically reacting flows. SU2 supports continuous and discrete adjoint for calculating the sensitivities/gradients of a scalar field. All examples used below are obtained from the tutorials section of the SU2 GitHub Wiki.

This example performs a inviscid, transonic, angle of attack sweep on a NACA 0012 airfoil using Rescale's DOE job type. Please refer to the DOE Tutorial for details on how to setup a DOE case. This example is configured on the Parallel Settings page to step through angle of attacks from -4° to +15° in 1° increments. The DOE job type will create and run 20 different cases by modifying the template input file used on the Templates page. This job is configured to use two slots, each with two cores, so four total cores are being used during the job. Each case will be run in an available two-core slot until all the cases in the DOE are completed.

This example job contains also contains a post-processing script that extracts the coefficients of lift, drag and moment. During the job, these results will be dynamically populated on the Results page and plotted on the Charts page as each case is completed. 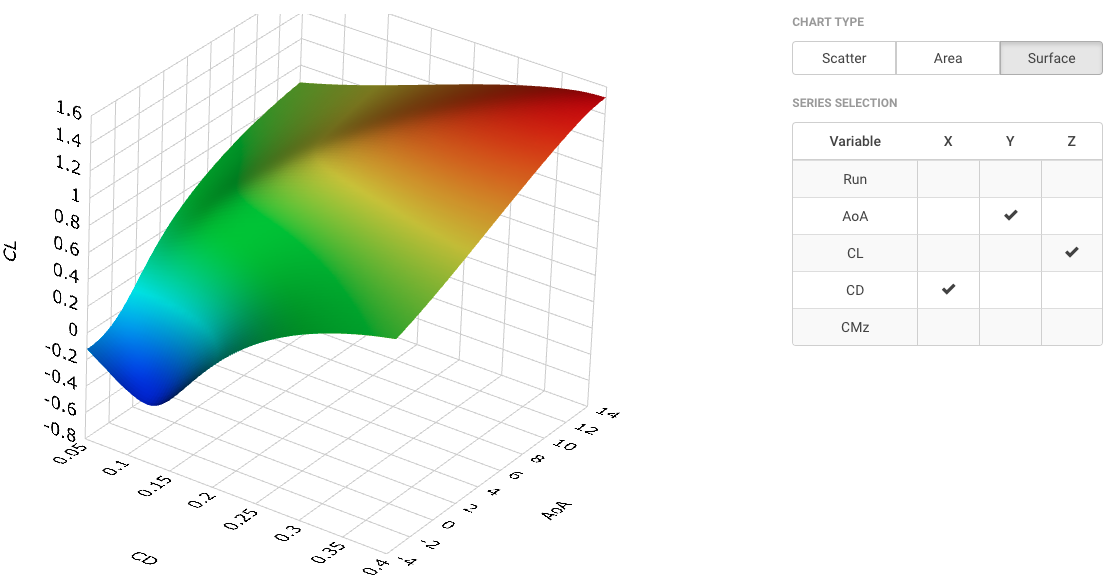 A simulation of turbulent viscous flow around a 3D geometry.