In this section we present instructions on accessing ANSYS Startup Program licenses to use with ANSYS products. This is your first stop after you have obtained a company-specific license key from Rescale.

There are currently two options to access the ANSYS Startup Program license server. The first option is running on Rescale ScaleX platform, including compute Jobs and Desktops. The second option is running in an on-premises compute environment. Please contact us if you are having trouble.

The following instructions apply to adding a New Job and spinning up a New Desktop on the Rescale ScaleX platform.

For a New Job, the license options are located in Job Setup, in the Software Settings page, and after selecting the ANSYS analysis option. Once there, select Use Existing License

For a New Desktop, the license options are located in the ADD SOFTWARE section, and after selecting the ANSYS analysis option and/or desktop environment. Once there, select Use Existing License

You will then have to input your license information in the three box fields.

The three completed fields should look like the following example of an ANSYS Fluent license server address: 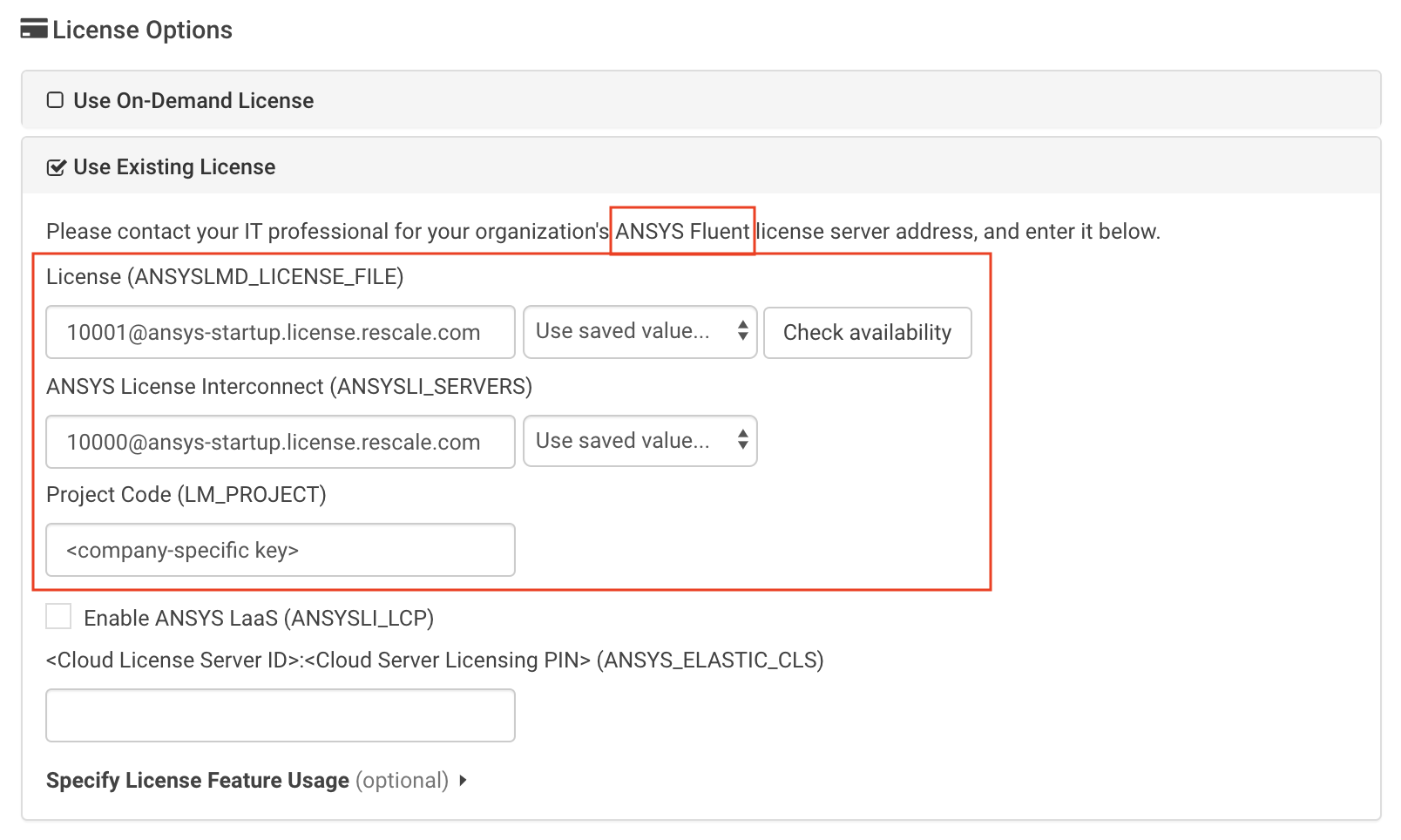 Some ANSYS analysis software may only require two license fields to be filled out. In those cases, only fill out what is shown such as that of an ANSYS HFSS License Server address: 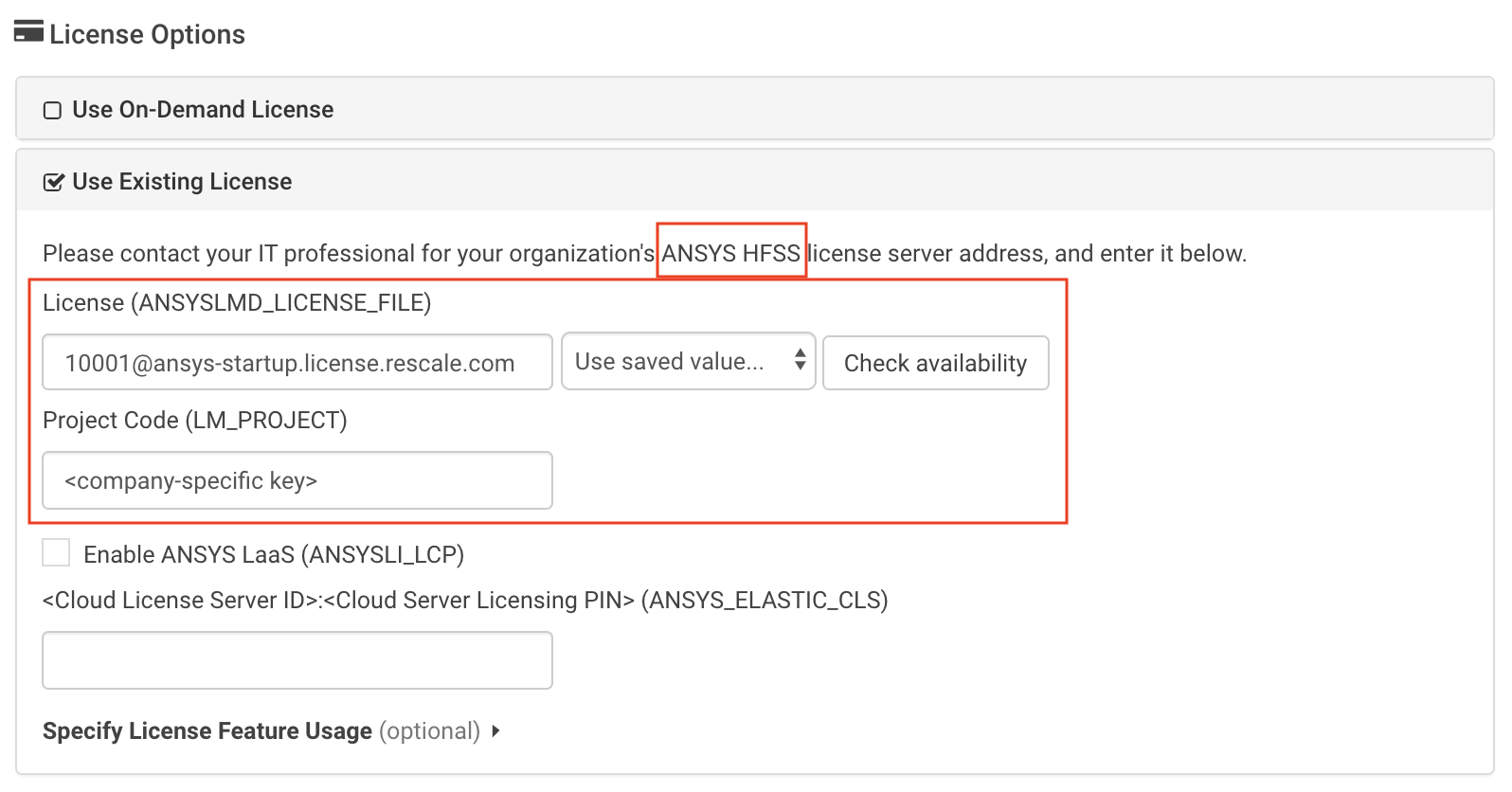 Your job or desktop is now configured to check out a license from the ANSYS Startup Program license server. After the first time, these values will be stored as a dropdown selection.

License Settings for on-premises use

The following instructions apply to running in on-premises environments, such as a traditional local cluster workflow. In short, ANSYS software expects the above three names and values to exist as environment variables before the software starts.

For a Windows workstation

You will have to set the following environment variables at the system level on your machine. To do so, first right click on My Computer and select Properties. On the top left hand side of the System window, select Advanced System Settings to open the System Properties window. It should look as the following image: 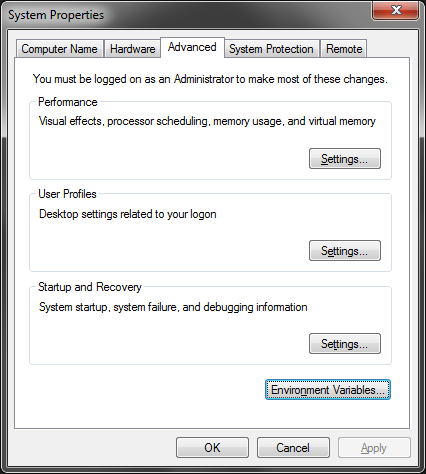 An image representing the first two environment variables already entered and the third one being entered is shown below: 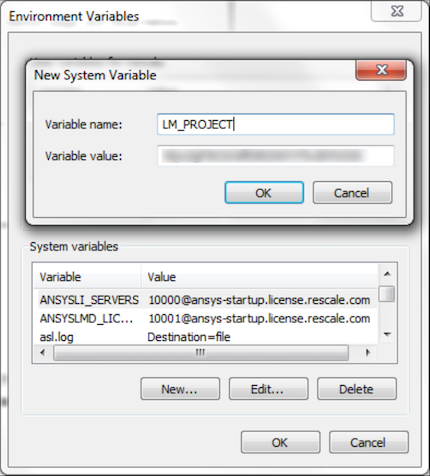 After all three environment variables have been entered, press OK. Your workstation should now be configured to check out a license from the ANSYS Startup Program license server when you launch ANSYS software.

For a Linux workstation

For example, for a bash shell, add the following script in your ~/.bashrc file which is located in your $HOME directory.